Shopping Cart
Your Cart is Empty
Quantity:
Subtotal
Taxes
Shipping
Total
There was an error with PayPalClick here to try again

Thank you for your business!You should be receiving an order confirmation from Paypal shortly.Exit Shopping Cart

A fish pedicure, also known as a fish spa treatment, clients place their feet in a tub of water filled with small fish named Garra rufa.

Fish spa therapy: What is it?

During a treatment customers place their feet in tanks of warm freshwater containing dozens of toothless Garra rufa fish, which are about the size of minnows. They are also known as doctor or nibble fish. They suck and gently nibble away at dry and dead skin. The end result is said to leave your feet feeling refreshed and healthy.

Where did it begin?

Garra rufa are found naturally in the river basins of the Northern and Central Middle East, mainly in Turkey, Syria, Iraq and Iran.

The pedicures are popular in Asia but have already been banned in some US states for health and safety reasons. The RSPCA also has concerns about the use of fish in foot spas.

The risk of infection associated with Garra rufa fish pedicures is likely to be very low  if the fish foot  spa you’ve chosen is practicing good hygiene and uses appropriate  filtration in the fish tank water.

However, it advises people with weakened immune systems or underlying medical conditions, including diabetes and psoriasis, against using fish spas. It says people with these conditions are likely to be at an increased risk of infection.

A wide range of claims are made about fish spa therapy. The Garra rufa fish exfoliation is said to stimulate blood flow and improve circulation, remove bacteria and reduce foot odor and help with athlete's foot. It’s said feet will be smoother and softer after treatment.

However, the biggest health claims are that a Garra rufa fish treatment is good for people with psoriasis and eczema.

Psoriasis is not a contagious condition - it can’t be passed on to others through Garra rufa fish pedicures - but people with the condition could find themselves more prone to picking up infections through treatments like this, either because of open lesions on their feet, or because of weakened immune systems due to certain medications they could be taking. The Garra rufa fish may exfoliate the feet, but, beyond that, there seems to be little benefit to people with psoriasis."

"We have written procedures that cover inspection of client’s feet to minimise any source of potential infection. Together with our disposable toweling system and our bespoke filtration, designed specifically for commercial fish spa use, we are confident that the public is protected." 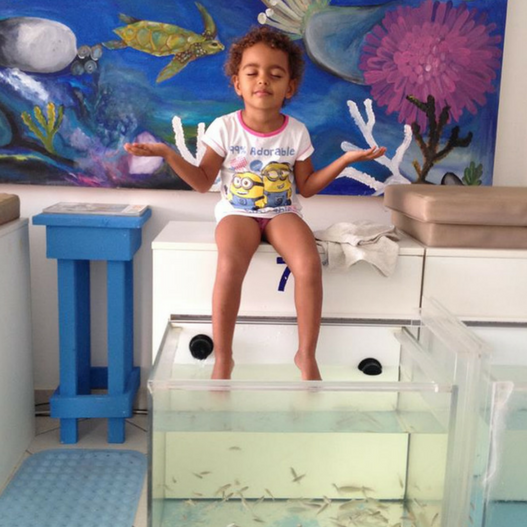 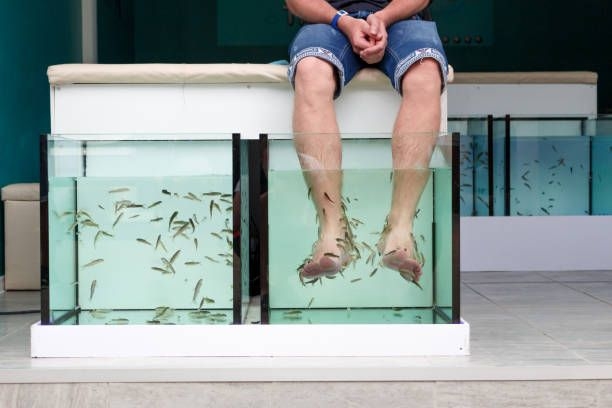 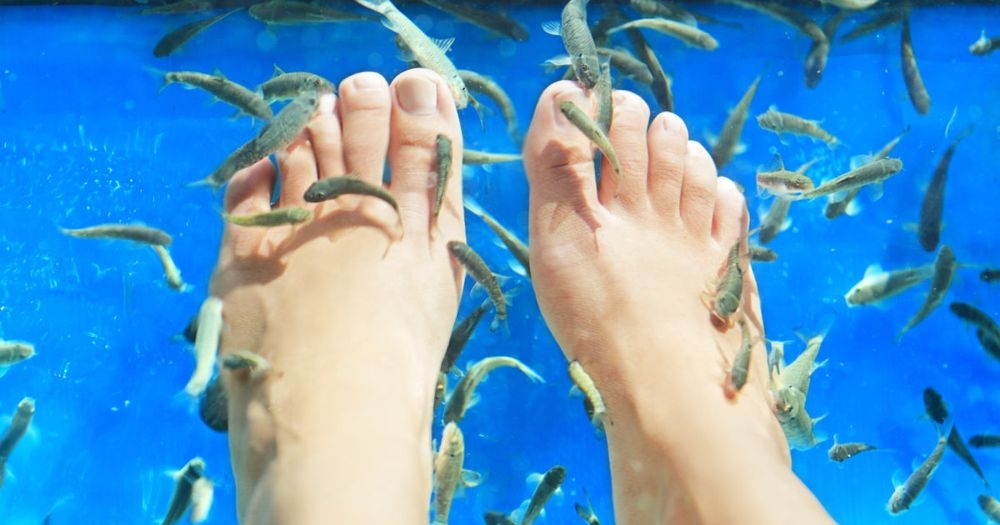 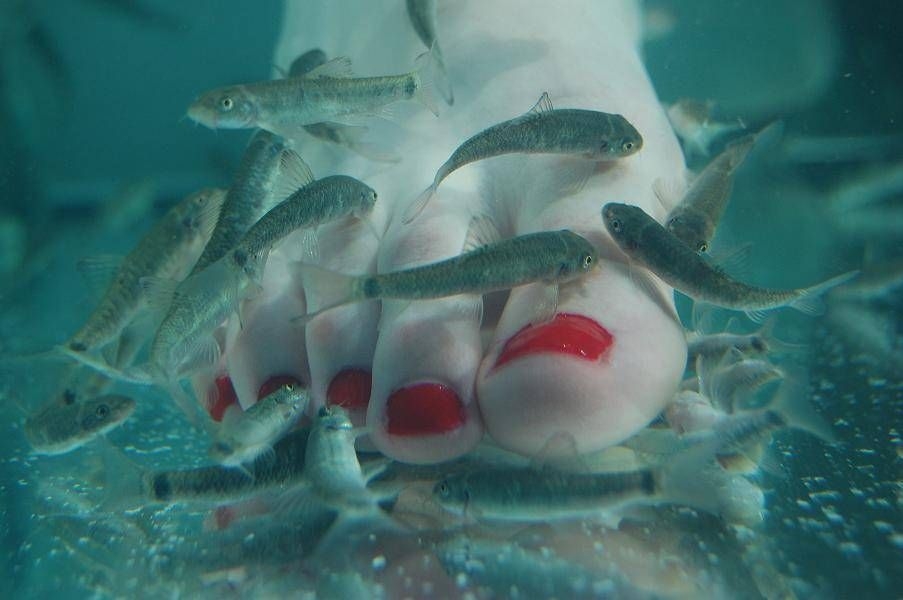 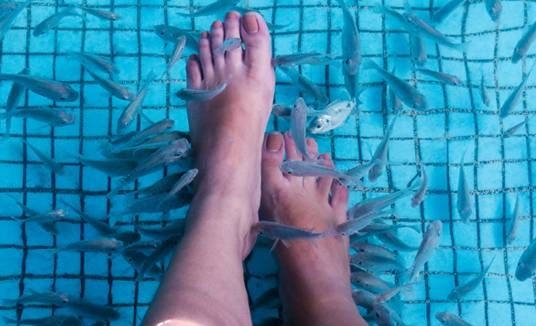 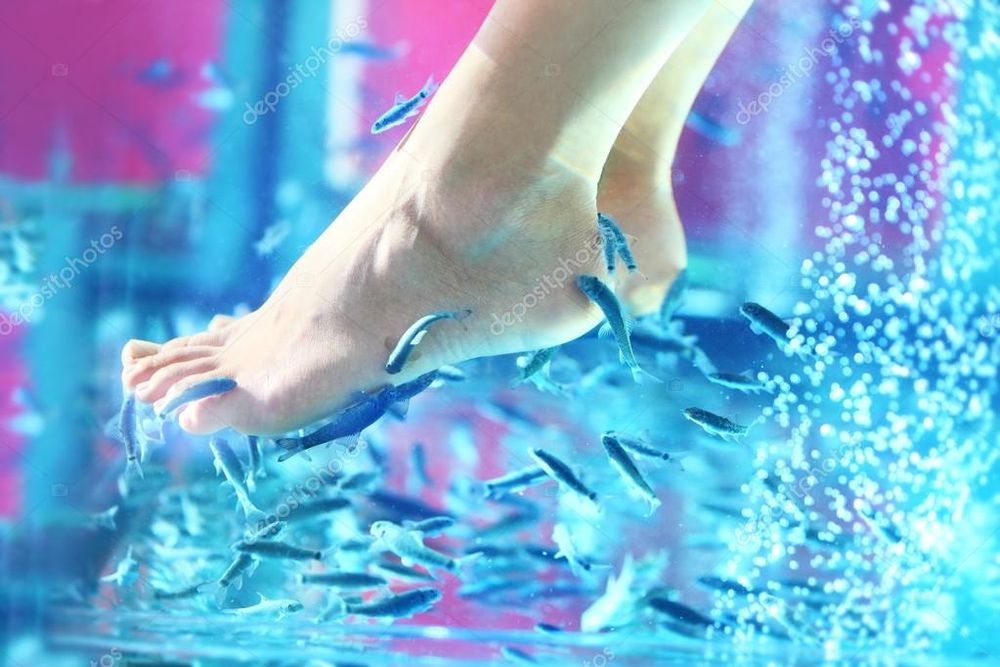 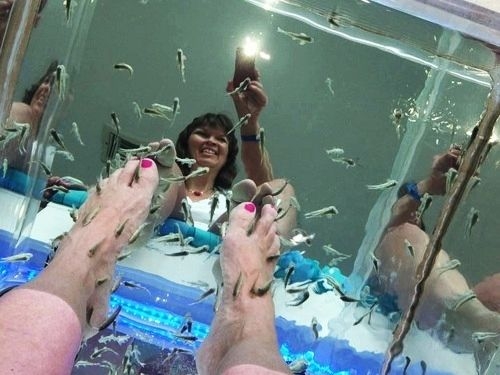 Compare the our service packages and find the best fit for you.